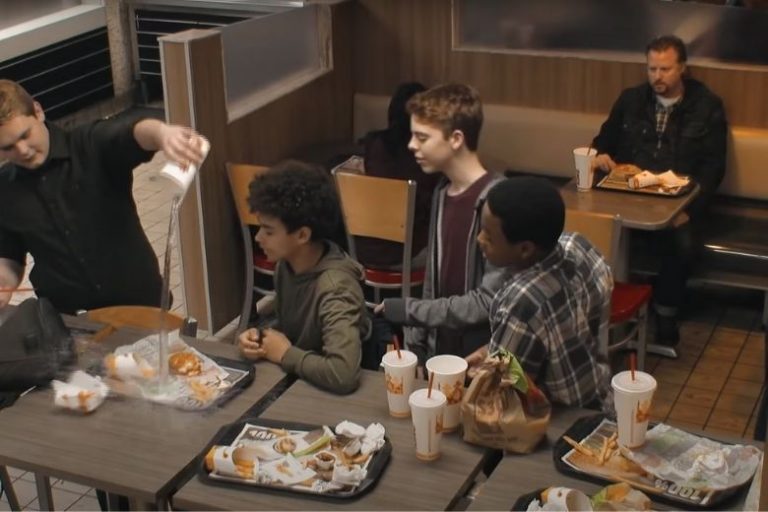 What’s more important? Your fellow human or your cheeseburger?

Bullying is a bad thing. Yet it still happens far too often. We all believe that bullying should not occur, but do we actually do something about it when we see it happening?

Recently, a boy wanted to eat his fries and burger at his local Burger King in peace. The boy decided to sit down alone and stared dreamily as he took a bite of his burger. Then it turned out that a group of bullies were after him. They turned his meal into a nightmare. It was very busy in the fast-food restaurant. Lucky for the victim, you might think! 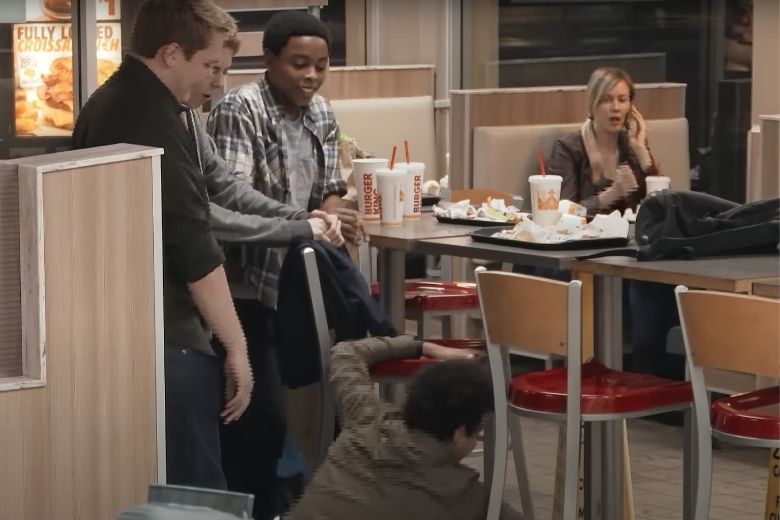 Imagine: you go to Burger King as a teenager and spend your accumulated pocket money on a menu. Wouldn’t you want to be able to eat the menu in peace, without bullies bothering you? So did this boy. Unfortunately for him, a group of peers did not leave him alone. One of the bullies had very broad shoulders and was a lot bigger than the victim. This bully immediately showed his presence by pushing the victim off his chair.

The photo shows a woman watching in shock, holding her phone to her ear. Could she be calling the police? 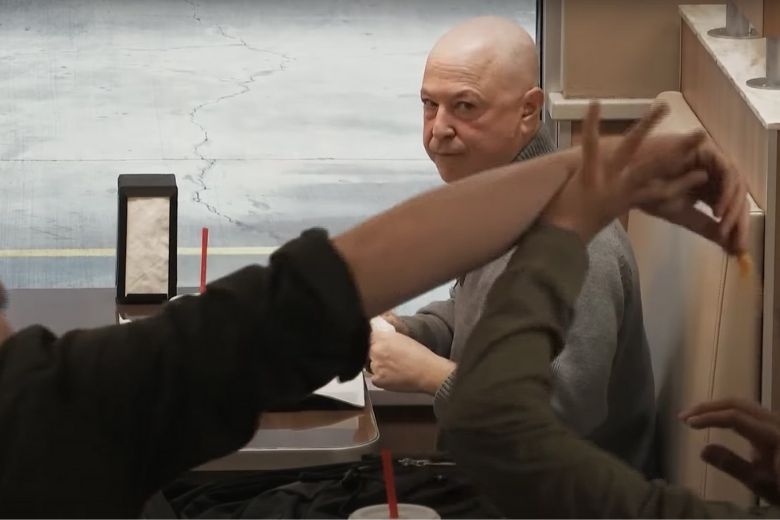 The man in the photo above is also clearly aware of what is going on in this fast-food restaurant. Like the victim, he also came here to enjoy his meal in peace. Unfortunately, the spectator decides that his burger is worth more to him than the well-being of the bullied teen. After the moment captured in the photo, the man continued to chew in concentration, pretending his nose was bleeding.

Luckily there are more people in the Burger King, one of them will intervene, right?