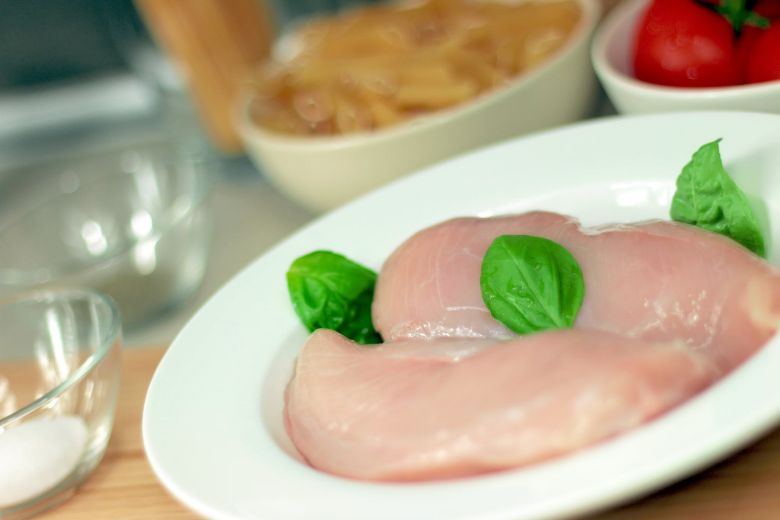 Should or shouldn’t you wash raw chicken before cooking it?

We were taught that before cooking it, we should always wash raw chicken. That way, any salmonella bacteria that might be present on the chicken gets washed away. You can then safely prepare the chicken and not run the risk of falling ill. But is this really true?

Raw chicken: wash it or not?

A lot of chicken meat carries the campylobacter bacteria with it. This bacteria lives in the intestines of animals and ends up everywhere through the poop of these animals, including on the meat of a chicken. The campylobacter bacteria can cause very serious foodborne infections that can even make you end up in hospital. This bacteria is found on chicken a lot more often than the well-known salmonella bacteria – and it’s just as dangerous.

Chicken also often contains the salmonella bacteria. This bacteria can make you really sick. You’ll get a fever, stomach cramps and diarrhoea. That’s no picnic! We expect you’ve been warned enough times about eating and touching raw chicken because of the possibility of it containing this bacteria. This is for a good reason! That’s why people think it’s smart to wash chicken, so you rinse away the salmonella. But is this actually true?

Go to the next page to find out whether you should be washing raw chicken or not!