Public transit is perfect for getting from point A to point B. Especially if you’re going to a city, taking a train, bus or metro is often the easiest and cheapest way to get around. You don’t have to deal with traffic, finding parking or paying steep prices for parking. On the other hand, public transit can be unpredictable. There are often delays and you have to be lucky enough to even get a seat. The latter can get a bit tricky when passengers require a bit more space. Take this teenager for example, who isn’t taking up one, but three seats in the metro. When a man wanted to sit in one of the seats, the boy refused to move his legs. That’s when the man decided to teach him a lesson.

Want to know what the man did? Read on now. 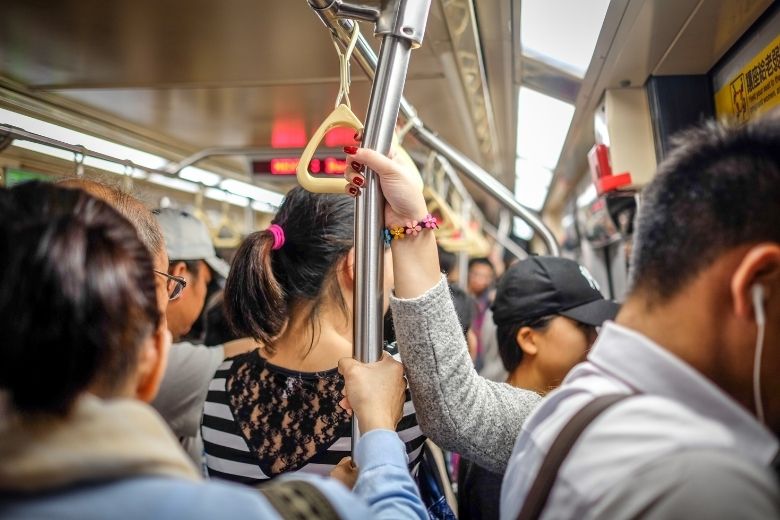 Everyone who uses public transit, like the bus or metro, knows that it can be really crowded sometimes. You have to fight to even get a seat. At least, not literally, thankfully. In most cases at least. What is annoying though, is when people take up more than one seat. For example, by putting their bag on the seat next to them or putting a suitcase in the legroom.

What’s even worse is when people sit with their legs wide open. Nice and relaxed on the chair(s) next to them while others have to stand in the aisle. But what do you do if you see this happen? Do you confront the person? Do you let it go? Or do you just go ahead and sit? All these questions rushed through this man’s head when saw a boy laying down across multiple seats in the metro.